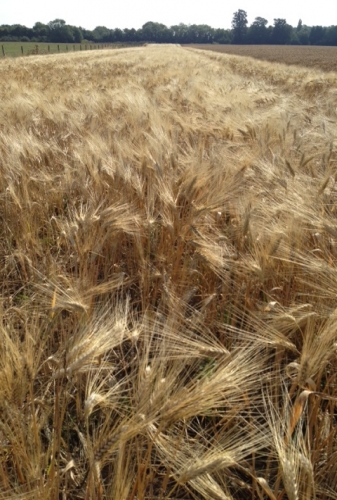 A four-part series of prime-time, hour-long programmes for BBC1. Shown Autumn Winter 2013 and co-presented with Countryfile's Adam Henson, the series was filmed on a working farm in Gloucestershire and follows our food from Farm to Fork. Nigel spent several months with the Righton family at Home Farm in the Cotswolds, growing his own vegetables and generally helping around the farm in an effort to understand a little more of the story of how our food is produced.

Nigel and his co-presenter Adam grew wheat and oats from seed to harvest, eventually bringing them to the kitchen and making bread and pasta. They tended the farm's animals from birth to the point where they left the farm for slaughter, cooking with the meat and producing a final feast for local families. Apples were pressed for cider, vegetables were grown from seed and produce was sold at the local farmer's market.

The Recipes
and in which books they appear.

All in One Rib Roast, Horseradish Glaze

Fish and Chips with Wasabi Mash